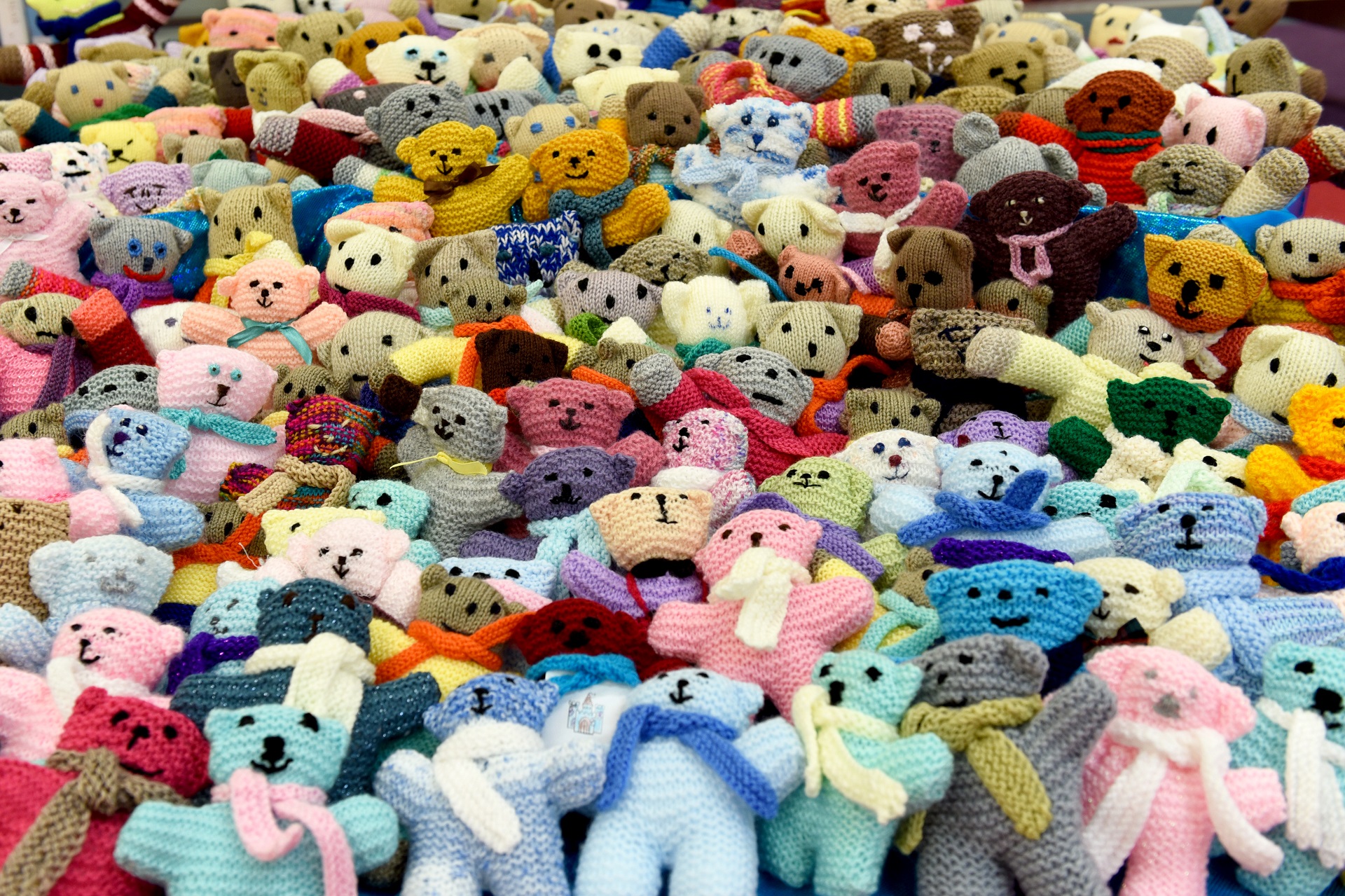 We’ve been on a bear hunt!

Throughout the summer holidays, more than 200 knitted bears were hidden in local communities where there is a Live Life Aberdeenshire library. It formed part of the continued celebrations of the 30th anniversary since the publication of children’s classic, “We’re Going on a Bear Hunt”.

Families were asked to pick up an entry form from their local library before venturing out to find six hidden bears. Once they had been discovered and their locations recorded on the entry form, families handed the cards back to library staff and were entered into a prize draw, with the winner and their family helping donate the bears to emergency services and charities. 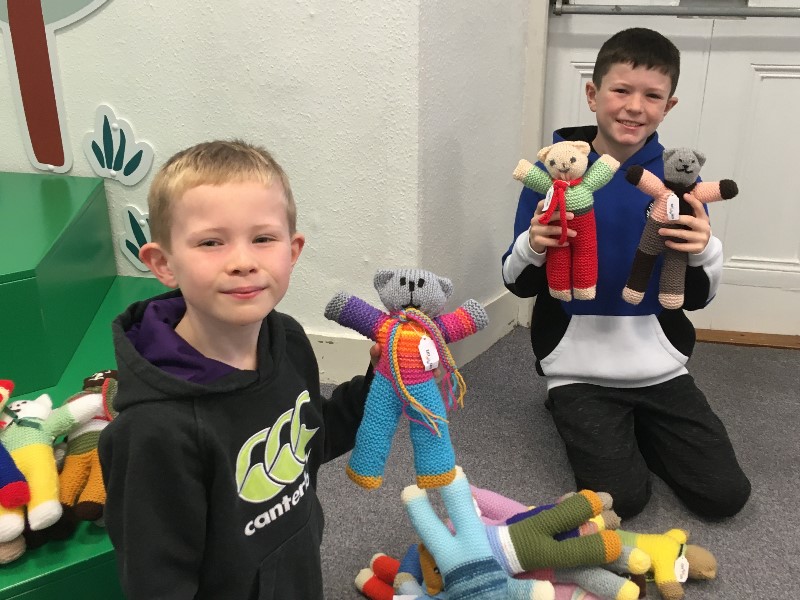 More than 500 children and their families took part in the “bear hunt” and Gregor and Cameron from Inverurie were the lucky winners who helped sort through the bears and allocate them to deserving new homes.

Some bears have already been donated to good causes and some libraries have hung on to a few to give out to borrowers who deserve a furry hug.

So far bears used in the project have been committed to the Children 1st charity and to the Waterberry Community in Zambia.

Libraries are also looking to donate some of the Trauma bears to Police Scotland for use with vulnerable children.